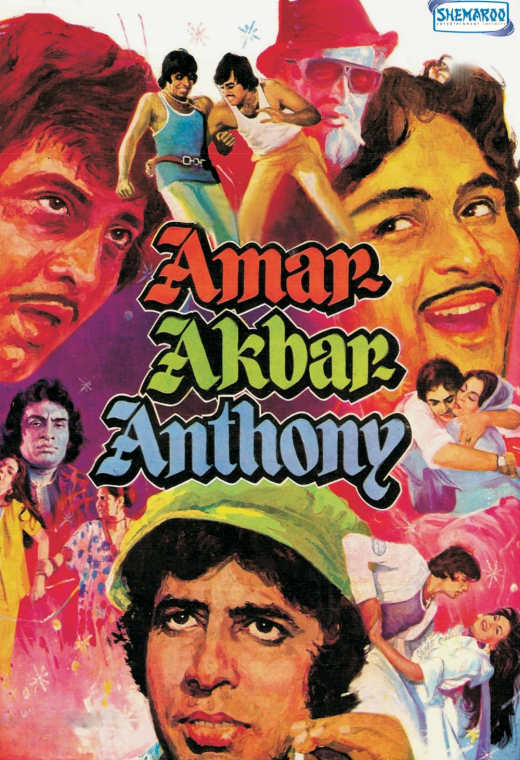 A ex-convict must flee his mob boss, leaving his family to fend for themselves. His wife goes blind and his children are abandoned. They are adopted by a Hindu policeman, a Muslim tailor, and a Catholic priest. The Hindu-raised son becomes a policeman in his turn; his Muslim-raised brother becomes a singer; and the last son, played by Amitabh, becomes a happy-go-lucky Catholic who lives on the edge of the law. The boys meet again and their lives become entangled in an incredible plot full of unlikely coincidences and furious action sequences interspersed with songs. In the end, the grieving mother recovers her sight, the evil mob boss is punished, and the family is at last re-united.
Host a cinema screening